Nerfed Buttons
The games most fearful addon is Evolving into something more silent and easy to use o.O
It's like a freaking virus, it's becoming less detectable.
http://war.curse.com/downloads/war-addons/details/castsequence.aspx
Is the Swine Flu of the addons.  It's Nerfed buttons, But it's easier to figure out AND it doesn't give a nerfed buttons button near the minimap. In a few months, heres the newest Nerfed Buttons Accusation...

MelGibson: Bawbthebuildah YOO YOOSE NERFED BUTTONS YOU HACKAR! You killed me real gud.
Bawbthebuildah: NUU NUU My tight guildies who have never once seen my UI can tell you that fer sure I don't use nerfed buttons, See! /screenshot
MelGibson: Well.. You use CAST SEQUENCE instead, because That addon is the new nerfed buttons
Bawbthebuildah: While that may be true my guild is much better than yours because we have 50 rr 80s who hate each other, and your guild is just 200 people who are all friends but rr 50s, AND my e-peen can hold up to 18 gigabytes.
(so on so forth)

AMAGAD! Terrible things are going to happen, maybe I use CAST SEQUENCE AND Autofocus and whatnot.
Maybe I'm to busy playing the best addon EVAR (Yes, another best addon EVAR) http://war.curse.com/downloads/war-addons/details/tictactoe.aspx
TICTACTOE!

So, the next time a dwarf or something starts beating on you, just say 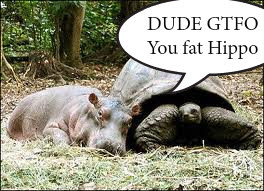 and remember that Virus Nerfed Buttons and how it's evolving, and FEAR the nerfed buttons FEAR them... FEAR... THEM!