A Humorous guide to Thanquol's Incursion

A Humorous guide to the brand new dungeon THANQUOL'S INCURSION :D
Once you enter, as you probably know by now, is a nice little tunnel and a timer that starts the instance similar to a city instance.  Once you're let in, you're left to sit with the uncharming personality of Skeetk. 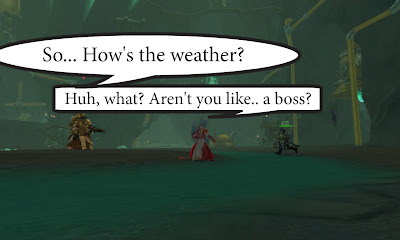 Mythic DESPERATELY needs to fix the coding on this guy, he thinks he's the local gas station check out guy.  This guy was very unpleasant, when you start attacking him he calls for the police, then tells you that you can't get out because he hit the silent alarm button.  When you have an engineer on him he throws $100s at you, even though in this game bills are good for nothing but wiping blood off your blade and/or epeen.  Sometimes he switches into engineer mode, and all of the sudden starts talking like a dwarf, I just don't get it, the coding on this guy is worse than the coding on Rosie O'Donnell (Or Christine O'Donnell).
The next fine fellow is the John Goodman of Skavendom. 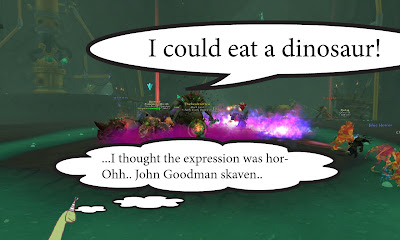 NO! Party Dinosaur! RUN FROM ROSIE O'SKAVEN!!  This guy puts out emote things that say "-whatever his name is- is hungry" "-bleh- is looking for food" which is EXACTLY what happens with John Goodman.  You see... he puts on a Sulley costume and hides in children's closets, then at night time he comes in and gobbles them up, so when your kid says theres a monster in the closet you'd better check just to make sure there's not really a monster in the closet.  Because John Goodman does this stuff, on thanksgiving dinner he thanks no one but the stove, because the stove doesn't steal food from him.
And- waitz just a minute I need to be talking about Thanquol's Incursion this is no good.
The next boss is slightly confused on what he is. 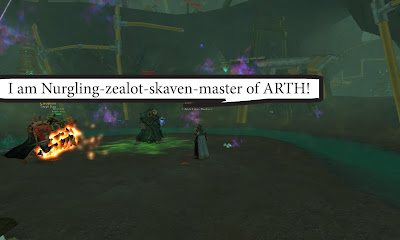 Our next boss says he was supposed to be born a boy and got surgery to change this Zealot, because he looks the exact freaking same as a zealot...BUT..BUT!
Does he Look like a BITCH? He kind of has stuff around him like a nurgling, so I'm not as sure to what this guy is. Maybe he's the poop of John Goodman Skaven.
This is terrible! Terrible! He also has a cloud that protects him, so... he's an angel as well?
This makes him a... Skazelingel. (Skuh-Zel-Ihn-Jehl-Doh-Ray-Me-Fah-Soe-Lah-Tee) A skazelingel..Yeah that's what I'll call him in vent now, "EVERYONE, FOCUS THE SKAZELINGEL" and everyone will be like "say whaaaaa"

The next part is an EXTREMELY important rule. 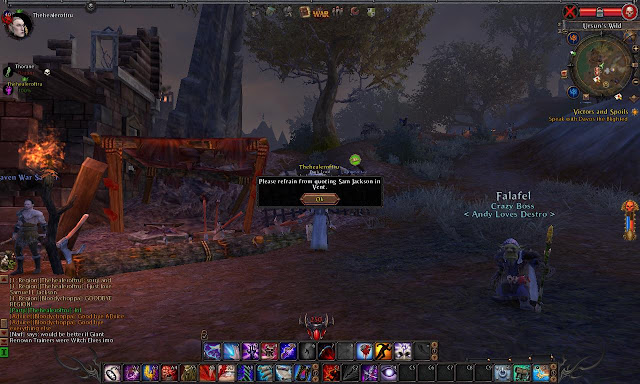 My bad.  Next time someone says "what" I should refrain from playing my two favorite parts of http://www.youtube.com/watch?v=UPHuE5pDlEs (you can guess, can't you?)

By the way... if ANYONE can tell me how to connect a soundboard to ventrilo I'd be greatly appreciated, it gets tiring to go on youtube, then start the video then take my headset off and put it next to the speakers everytime I wanna quote something, and it's really staticy. Staticky? Stati....ky...
Anyways... have a whole bunch of masks on my warrior priest now, I was going to play it all day, but HOLY CRAP we have a test today, so I won't get much time today, I really have nothing to post about to be honest, I just know that the poll has been expired for about two days so I need to update it.  But if anyone knows how to connect soundboard to vent, It'd be much appreciated.

Turtles should be renamed TURTALS: 53%
PS: I already had put part of this as a post today right? Well, I decided I'd add the humorous guide to it, no point in making two posts in less than 3 hours.
Posted by Jello at 5:06 PM