What if there were an entire LOTD type world (with both realms allowed in at once) but it wasn't really a nice landscape.. it was just lots of tunnels and doors... 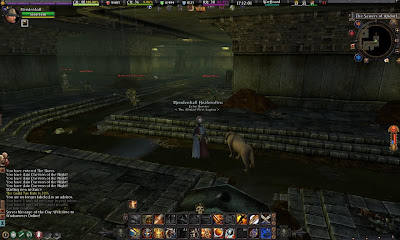 Like the Altdorf Sewers for instance. Something nice and skinny, so you can set ambushes, it'd be perfect for ganking.
All the cool (bright wizard) college kids are doing it, and by it I mean making out in some secluded area of this land because it's closed in and no one can see them.
You know, that'd be a weird thing for mythic to add, LOTM, Land of the Mono...How would that fit into lore though... Skaven type.. mono.. or...
Oh I'm getting distracted again.  Anyways, (I don't write a pre-write, these side conversations are not planned, I just type what I'm thinking at the moment...pretty sad, huh?) Anyways.  But what would bring a person to that zone.  Maybe a Hydra that wanders and drops rvr pieces?  Hydra spawns randomly and you have to find him?
"BUT TROO, DAT BE PVE!" Well lets pull a Mythic and make it PvP somehow.  Like.. 24 VS 24 Land of the dead but without the realm control!? :-D
What would NOT be fun would be a wandering skaven, because I want to see something you never see in game.  I used Hydra as an example, maybe a Great Unclean One who wanders, like the one in Bilerot Burrow.  And don't make 'em pussy little lesser ward heroes. Make them supreme ward lords. Make them hard to kill, not retardedly hard to kill, just a challenge.
Don't make the zone huge, make it so small that PvP encounters are almost certain. You know what.  Make not just Warcamps at the opposite side of the map, don't make level 55 guards, make it a random spawn when you fly there, or whatever you'd do.

To combat spawn camping, make a giant Kitten Doggy Platypus Cliff that you jump off of and die so you cannot even get to the fighting.  Hell, put Amy Winehouse in front of the warcamp.  That oughta scare people away.  You know what, lets make a nice list of celebrities you wouldn't even go near.
Wait, off topic again.
Anyways. Now what you should seriously do to prevent spawn camping.. Well.. I dunno let Eka or Bootae figure that out.

You could even make it instanced, like a scenerio, 12 people can enter at a time both fight the supreme lord whilst killing each other.  Make the lord not just drop the gear, make the late game gear drop rare.  Make him have a chance to drop weapons, jewelry, currency.  Ect.

Make there a big arena type room where you can duel the same faction, even though
"THERE ARE NO DUELS, THIS IS WAR!" -Andy Belford
Similar to the Boss of bastion stair, that room is awesome. 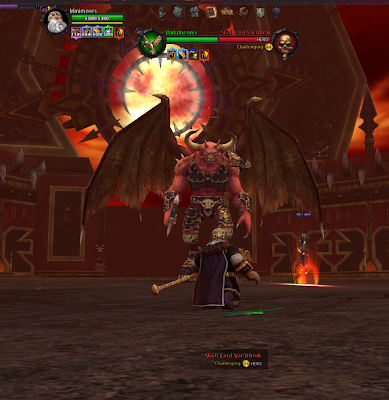 Hell, make a guy like the skull lord wander around the whole place.  That's one place I'd like to be with a party. Only problem with giant awesome npcs who drop epicness is how would they get through the little doors in such a maze? 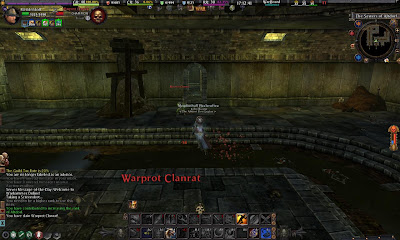 Wait, wait, why am I even making a SEMI serious post?
I have let you all down.

If you want ACTUAL good ideas, go to Eka's blog, because Eka has common sense and a brain unlike me.