How the Devs probably feel about the fanbase.

You know theres things that the devs cannot say, that they DESPERATELY want to say, but they can't because that would be unprofessional.
The following are situations, and what they would like to say.

Situation One: They're reading over the forums, and there are some nasty comments about them spread out everywhere.  They're feeling quite sad, and need a banana.  However, the Mythic giant Fridge of bananas IS ALL OUT OF BANANAS. They're feeling a bit POed, so they go back to the forums to update the Marauder changes. After that they go back to looking at posts to lock on the forums.  Then they see a thread titled "Mythic Sucks".  They go in, and basically what it says is "MIFFIC, YOO'Z MEAN, YEAH.. YEAH.. YOOZ WAAAY MEAN, YOO BANNED ME BECAUSE I SPEED HACK, EVEN DOH I DOHN'T SPEED HACK"
They look him up and try to find his case, but they find out... he isn't banned.. he's just trolling.. This is where they want to yell at the community... 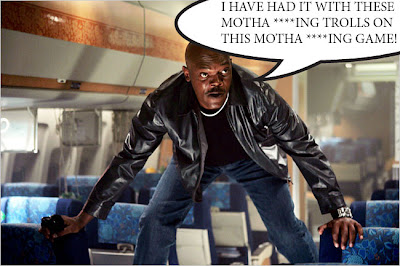 This is what they'd like to say to us.
Situation 2:﻿ It's the Q&A after the Public Test on Warpstone!  They're excited to answer all our questions about classes and content and fruit and whatever.  And they're going down the list.  Then we get to someones comment that says something like... "What are you doing about the Magus, we're getting nerfed and nerfed and I think you guys suck at making this game, I've been playing games for 3 years, that means I'm a pro gamer, and I know everything about balance and stuff... oh and I play a magus"
In the office on vent, Andy is /facepalming himself, because people who can't one shot ironbreakers complain.  Really, what Mythic would like to say to the player who can't one shot ironbreakers is... 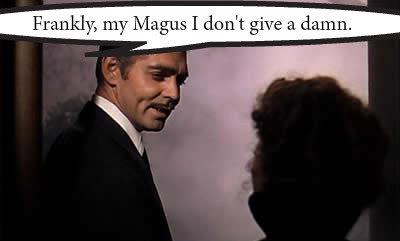 Clark Gable does put it very nicely.
Situation 3: They're having a PM back and forth with a player who seems to not understand, DoKs are not underpowered, and are not going to get a buff anytime soon, BUT the player is terrifyingly persistent, insisting that he can't heal as good as the rr 80 warrior priest.
Once again Mythic sends him a PM saying that DoK is not getting a buff.  But he persists, and asks again.. Mythic says...
Wait.. wait... A pure picture can't contain this moment.
http://www.youtube.com/watch?v=m_mDTLphIVY&feature=related
Please, click on that and see what Mythic has to say. (Contains Profanity)
Situation 4: Some troll is going around to all websites posting crap about Mythic, The Devs catch wind of these after restocking their banana fridge.  They're really mad at this, how they really hate trolls, as seen in Situation one. What they'd like to say is. 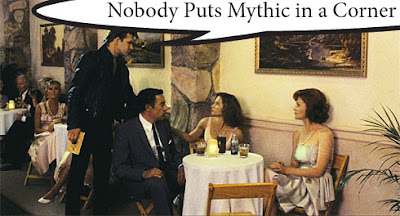