Hello! After an angry gobbo named Thraz posted an interview supposedly containing false information I have decided that I will actually give you a SERIOUS interview with 100% real things and real quotes and stuff.

Thehealeroftru: Hello, how are you this fine day?

Mythic: We are good, what brings you here to wherever we are.

Thehealeroftru: I wanted to ask you thinks about Warham-

Mythic: NOT SO LOUD BRO!

Mythic: If we use the "W" word Games Workshop will sue us.

Thehealeroftru: Oh... Ok. I am sorry... I came here to ask you questions about your game.

Mythic: We'll do our best to answer them

Thehealeroftru: First off.. in the fake interview the angry gobbo said that you were introducing some "T7" armor just for alternate appearance, is this true?

Mythic: That actually is true, we will show you pictures of them right now.

Thehealeroftru: What class will you be showing us first?

Mythic: This armor happens to be for the chosen, I am sure it will be very appealing to the masses 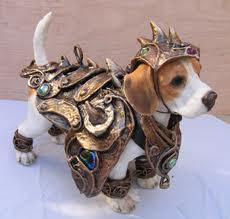 In other news: Game has no news that needs reviewed, and I don't post about my characters because no one wants to know about my characters.  So that is the reason I have been dry on posts as of late. :D
Posted by Jello at 5:23 PM