Standing outside the gates of...tru..?

What have I spent today doing?  Waiting for Battle of Praag to pop and just.. sittin' by the gates of Altdorf saying hello to anyone who happens to appear.  I'm too lazy to move and go to IC or.. something, so I just sit here... waiting.. thinking about... 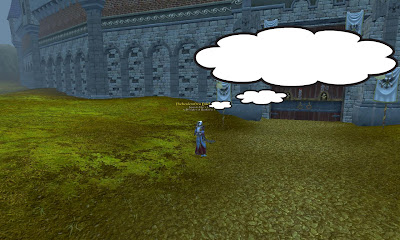