Suicides on a rampant increase in Dragonwake

Reports say that this afternoon in Dragonwake after a need to get to the flight master faster, a large amount of destro commited suicide after a Disciple of Khaine screamed "MASS SUICIDE!" in /say.
WARNING: GRUESOME PICTURE, PLEASE TAKE ALL CHILDREN AND [Insert Controversial Answer here] OUT OF THE ROOM NOW 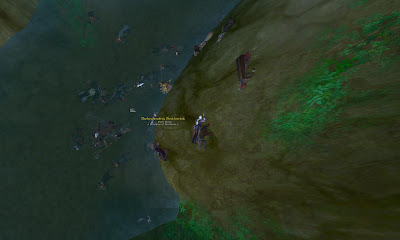