I've done the rank 40 hard PQs for all of destro, I haven't done one of them for order yet.
I finally got my first chance to do one with Oldrunnar today, and god dam I was laughing so hard that I had to stop taking screenshots.
As is the norm with most of my posts, to me, they're "ROFLCOPTARLAWLERSNESS" at the time, but by the time I post, it's more of a "You had to be there" moments.
And, I know that you're probably sick of them, and you're like "TROOF, WHAT THE CHRISTONFERNOFFERISH?!??! Y U NO DO ANYTHING GOOD ANYMORE" and I say "Well.... I don't know.. but have you seen my cat?" And I understand those.. but theres just something about giant kitchen appliances that attack you that brings everyone together. 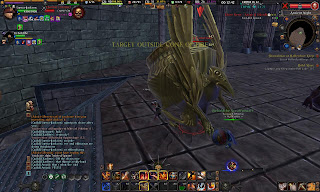 GIANT POT ATTACKS YOU.
WAHHHHH
That's not the end.
At the end... 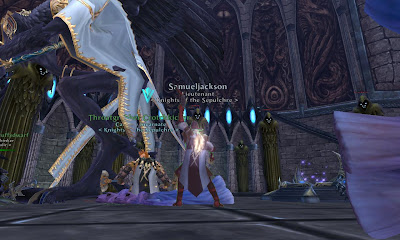 GIANT CHICKEN OF DOOOOOOOOOOOOOOOOOOOOOM
No. We didn't win.
Before I end this, I think that for the first time ever, I'm going to try to pre-plan a post, instead of making it up on spot... lets see how that goes, eh?
Posted by Jello at 10:27 PM