What's in and what's out, the HOTTEST news about devs.

It was recently brought to our attention that our beloved Andy Belford has left the position of CM, we all know him as the guy who we all blamed, even though he had nothing to with it.  His announcement of leaving has brought out the best in people other than myself (Although deep down, this really ruined my day, even ask my guild, I was pretty sad) and he will surely be missed. Hopefully, he can still be a player of this wonderful game of Warhammer.
However, word in the hood is that James Nichols has taken over Andy Belford's position, so I present you all with this question.
Who can strut that hat better?

Frankly I have no idea who the guy next to andy is on the top photo.
But he doesn't have a cool hat.
My question is, can James Nichols wear hats as good as Andy? I have no idea what he looks like, and when I tried to wiki him it came up with THIS And, I'm pretty sure that's not him, because if it is, then I will never troll on the boards again.. O.O
Oh.. wait.. yeah I dunno what he looks like.. so.. 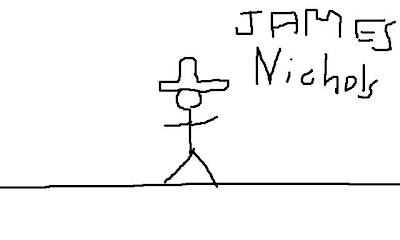 As you can see with my wonderful art skills, he is wearing a sombrero. Yay sombrero.
On a serious note: Andy Belford will be missed for sure, and it REALLY REALLY REALLY sucks to see him go, it ruined my night, no joke.  Hopefully James will be as awesome as Andy was, and I wish lawts and lawts of luck to Andy in his move.  Hopefully, we'll see andy doing stuff for even more MMOs, and I'll be certain to play those if he does.
Surely one of the reasons I started blogging, just in simple hopes he might see my blog and comment on it (Which he FINALLY did on my core tester post) and being seen on the Blogger Roll call :-D
Thehealeroftru is sad!
I'd also like to WOOT because my zealot named after Arisechicken just hit rank 40, thank you.. rat grinding. 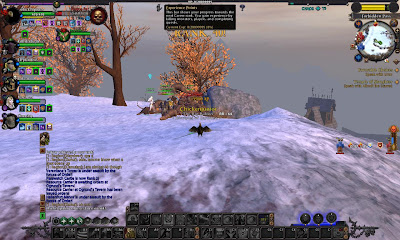